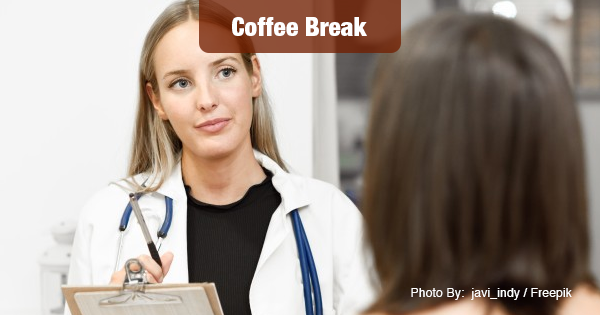 The American Osteopathic Association has released a scary statistic: 1 in 250 women are likely to develop the autoimmune disease Lupus during their child-bearing years.

Lupus is an autoimmune disease in which the body attacks healthy tissue and organs including joints, skin, kidneys, blood cells, brain, heart and lungs, sometimes leading to death. In the most serious cases, vital organs including the kidneys, lungs and brain are attacked.

“More than the pain, the bizarreness of some of the symptoms—such as changing smells and tastes—had me emotional and frustrated,” says Lindsay, who is now dedicated to raising awareness of the mental stress that may accompany autoimmune diseases. “I’ve learned to discuss symptoms big and small with my physician, and only control what I can, because there’s no simple solution to lupus.”

The often changing nature of symptoms means diagnosis and treatment can be a difficult, lengthy process. This is a challenge because the disease may quietly progress, often impacting women who are in seemingly great health.

“Due to the systemic nature of lupus and the different organs and tissues that can be affected, lupus is extremely heterogeneous—meaning no two lupus patients are alike,” says Christopher Parker, DO, an osteopathic rheumatologist who practices at Austin Diagnostic Clinic in Austin, Texas. “Patients may suffer for years before receiving a proper diagnosis.”

The word lupus (from the Latin word for wolf) is attributed to a 13th century physician who described the symptomatic facial rash as reminiscent of a wolf’s bite. Rashes are common, but the symptoms a patient experiences depend on which body systems are affected by the disease.

Symptoms most commonly include:

For the majority of patients, the disease is characterized by episodes, or flares, where signs and symptoms get worse for a while, then improve or even disappear completely for a period.

Lupus cannot be cured but it can be managed. Lupus flares can be mild, moderate or severe, though most cases of lupus are relatively mild, according to Dr. Parker. Treatment options vary depending on the organs involved.

“If it’s your heart or brain being affected, we go after it full-speed,” says Dr. Parker, “but if it’s a rash, we modify the immune suppression. It’s very important to tailor the treatment to the patient, and to address the emotional impact of managing a disease that many people are not familiar with.”

Lupus is not contagious, but it does impact both the patient and their family. Symptoms such as joint pain, fatigue, confusion and depression can make once simple activities difficult or impossible. A physician can help identify resources, which may include therapy, to help patients and their support system live well with lupus.

“The mystery around lupus makes it particularly difficult to manage,” says Holtkamp. “Now I track my symptoms in a journal, and then talk them through with Dr. Parker. We then adjust medication or discuss potential lifestyle modifications.”

While the cause of lupus is still undetermined, hormones and genetics are believed to play an important role.

Patients who suffer from the disease may worry their children will develop it, but Dr. Parker encourages parents to understand that the hereditary component is only part of the picture. While someone is more susceptible to developing lupus if they have an immediate relative with the disease, that does not guarantee they will.

Some people are born with a tendency toward developing lupus but this does not guarantee that the disease will be triggered. Environmental triggers can be infections, certain pharmaceuticals, stress or even sunlight. In the U.S., lupus is more common among African-Americans, Hispanics and Asian-Americans.

“If a mom has lupus, for example, then her child has only a 5 percent chance of developing the disease. Even for identical twins, with the exact same genetics, if one twin has lupus, the chances of the other twin developing it are only 50 percent,” says Dr. Parker.

Find out more at doctorsthatdo.org