Deer in the Headlights 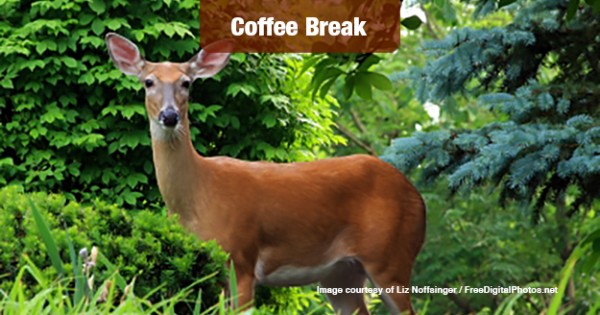 More and more drivers are colliding with deer these days, according to insurer State Farm. These collisions are happening across the country at an alarming rate.

State Farm said that drivers have one-out-169 chance of hitting a deer this year. Those aren’t such great odds, (not for you, or the deer). However, the likelihood of you hitting a deer doubles during October, November and December, so we are about to enter the most dangerous time of the year.

Collisions with deer are most likely to happen in West Virginia, State Farm said. That state has seen a 4.9% rise in these accidents since 2013; your chances of hitting a deer in the Mountain State are now 1-in-39 year round – and much worse during the peak months.

You’re certainly not out of the woods in states like New York, New Jersey or Michigan, though. However, you don’t stand much of chance of hitting a deer in Hawaii (1-in-10,281). State Farm said that Hawaiians are three times more likely to be struck by lightning during their lives than they are to hit a deer (and insurance companies know about these things).

State Farm offers some advice to drivers, so that they may avoid bad outcomes:

At night, when there is no oncoming traffic, use high beams.

Avoid swerving when you see a deer.

Scan the road for deer and other danger signs.

Do not rely on devices such as deer whistles.

Those of you who drive in deer country know that these animals have a habit of jumping right in front of cars, seemingly appearing out of nowhere. Probably the best avoidance strategy is to slow down a bit, and to pay attention.

Some of the problem comes from the eyesight characteristics of deer. Deer are very sensitive to light, and their eyesight makes a dramatic transition as day turn into night – much more than ours does. When it’s dark and deer are suddenly confronted with bright light, they tend to freeze up (the classic “deer in the headlights” look).

The latest science on deer biology suggests that it may take deer an hour to recover from a sudden exposure like that.

So, the advice on using your high beams (where otherwise advisable) is good, since it may prevent a deer from leaping into the road in the first place. Better to have the deer stunned into immobility while safely out of traffic lanes, than for it to see your headlight’s illumination only after it’s too late.