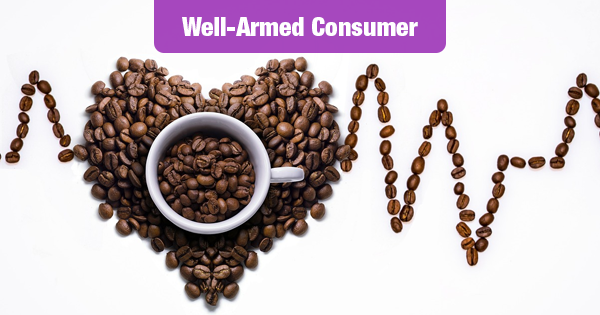 The U.S. Food and Drug Administration is taking steps to protect consumers from the dangers of highly concentrated and pure caffeine products.

These products present a significant public health threat because of the high risk that they will be erroneously used at excessive, potentially dangerous doses.

Highly concentrated and pure caffeine, often sold in bulk packages, have been linked to at least two deaths in otherwise healthy individuals.

The agency issued a new guidance to clarify that dietary supplements containing pure or highly concentrated caffeine in powder or liquid forms are considered unlawful when sold in bulk quantities directly to consumers. Given the significant public health concern, this guidance is immediately in effect.

The FDA is prepared to take steps right away to begin removing illegal products from the market.

The Danger of Concentrated Caffeine

This is equivalent to about 20 to 28 cups of coffee, a potentially toxic dose of caffeine. In fact, less than two tablespoons of some formulations of powdered, pure caffeine can be deadly to most adults, while even smaller amounts can be life threatening to children.

Risk of overuse and misuse is high when highly concentrated caffeine is sold in bulk quantities, and consumers are expected to measure a very small, precise recommended serving.

Regardless of whether the product contains a warning label, such products present a significant and unreasonable risk of illness or injury to the consumer.

The recommended safe serving of highly concentrated or pure caffeine products is often 200 mg of caffeine, which equates to 1/16 of a teaspoon of pure powder or approximately 2.5 teaspoons of a liquid.

Yet, despite these small serving sizes, powdered forms of caffeine are sold in large bags and liquid forms are sold online in bottles that can contain a gallon or more. Often, consumers do not have the right tools to correctly measure such a small amount.

Even if they do, simple and common errors, such as packing the powder too tightly or using a “heaping scoop” instead of a “level scoop,” can increase the amount of caffeine in a single dose with harmful results.

When formulated and marketed appropriately, caffeine can be an ingredient in a dietary supplement.

For example, the guidance describes how dietary supplements containing caffeine in certain forms are less likely to present the same safety risks, including those sold in premeasured packets or containers, or in solid dosage forms such as tablets or capsules, or when sold in formulations that are not highly concentrated.

Moreover, this guidance does not affect other types of products that might also contain caffeine, such as prescription or over-the-counter drugs or conventional foods, like traditionally caffeinated beverages.

Find out more at www.fda.gov