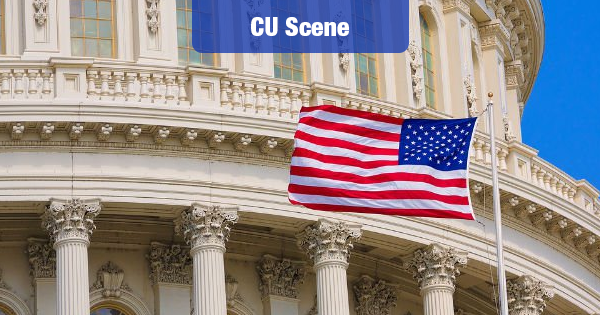 Dan Berger is on a roll this week. The President and CEO of the National Association of Federal Credit Unions (NAFCU), Berger has called out Wells Fargo for its anti-consumer behavior. Now he’s marking the anniversary of the collapse of Lehman Brothers by doing what he does best: Standing up for credit unions.

Here is Berger’s statement in full:

“This month marks the eighth anniversary of the collapse of Lehman Bros. and the ensuing breakdown of numerous other financial institutions that created our nation’s massive financial crisis – an impact that continues to reverberate through our nation and the world.

As lawmakers return to Washington from the August recess and the presidential election campaign evolves, it is critical that we leverage every chance to promote awareness of one of the bright spots from the financial crisis: Credit unions.

Thanks to their unique, prudent business model of service to their members, credit unions were, and continue to be, instrumental in helping our nation recover, particularly in the area of Main Street small businesses.

Credit unions – not-for-profit, member-owned financial cooperatives – and small businesses have a naturally symbiotic relationship. Small businesses are the catalysts that help fuel our economy, and account for 99.7% of U.S. employers.

Indeed, America’s entrepreneurial spirit is on the upswing. According to the 2016 Kauffman Index of Startup Activity, recent startup activity increased to 0.38 in 2016 – going up for the second year in a row – two years after decreasing to its lowest level in two decades.

Credit unions are a great source of capital that help Main Street businesses succeed and contribute to America’s economy and job growth.

In fact, a 2011 study commissioned by the Small Business Administration’s Office of Advocacy found that during the financial crisis from 2007 to 2010, while banks’ small business lending decreased, credit union business lending increased as a percentage of assets.

Credit unions would like to do more. Unfortunately, the arbitrary lending cap that limits credit unions’ member business loans to 12.25% of assets hampers them from doing more lending.

Credit unions have been widely recognized by regulators and Congress for their prudent business model and for not creating the financial crisis. Unfortunately, lawmakers, in their zeal to rein in Wall Street and the bad actors that produced our financial crisis, created legislation that lumped good actors, including credit unions, into a new regulatory regime.

Credit unions have had to manage a tidal wave of regulations as a result of the Dodd-Frank Wall Street Reform and Consumer Protection Act.

Overregulation hits credit unions and its members with a double whammy. Every dollar credit unions allot for compliance is a dollar that is not available for lending.

In addition, more than 20% of the industry, or more than 1,500 federally-insured credit unions, have disappeared since the passage of Dodd-Frank. And almost all (96%) of these have been smaller credit unions with $100 million or less in assets.

The limitations on credit unions have driven some small business owners to seek alternative sources of capital including online marketplace lenders.

Unfortunately, online lenders do not offer small business owners the same consumer protections nor are they subject to the same disclosure rules and underwriting standards that apply to traditional lenders.

During this election campaign, NAFCU has met with both campaigns and urged Democratic presidential nominee Hillary Clinton and Republican presidential nominee Donald Trump to recognize the vital role credit unions represent to Main Street businesses and to the country’s financial future.

When they succeed, we all succeed. To that end, we continue to advocate for regulatory relief for credit unions, especially lifting the arbitrary business lending cap and creating a level playing field for online lenders. This will allow credit unions to do even more to help small businesses not just survive but thrive, create more jobs and make our economy more robust.”

Be sure to pass this statement around.