CUs Win Latest Round in the Battle of the Swipes 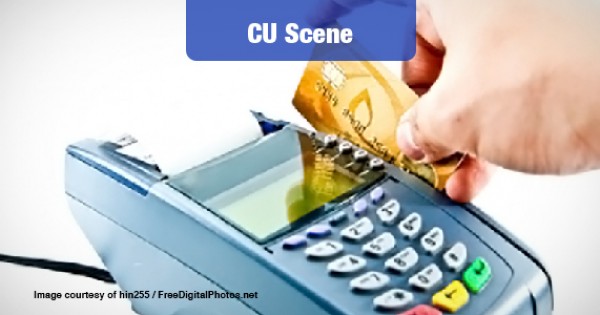 A U.S. appeals court has ruled against a coalition of retailers in a fight over the fee charged each time your debit or credit card is swiped to make a purchase. The National Association of Federal Credit Unions (NAFCU) couldn’t be happier with the ruling.

Interchange fees – or swipe fees – are fees paid between financial institutions for accepting card-based transactions. Each time your card is swiped, the merchant’s bank is charged a fee by the customer (your) bank, or CU. The merchant (retailer) ultimately pays this fee, or do they?

As we’ve previously reported, merchants have long claimed that swipe fees amount to a hidden tax on consumers, since they must build these fees into the prices they charge customers for goods and services.

In 2010, Congress took the side of merchants, and took steps to set limits on the amount of the fees charged for processing debit and credit cards – giving the Federal Reserve the authority to limit swipe fees to 12 cents per transaction.

Financial institutions claim that these fees need to be set higher in order to provide consumers with a safe, fast and reliable means of making transactions using cards.

They claimed the 12 cent limit was too little, and successfully lobbied the Fed to raise it to 21 cents per transaction. The merchants balked at that, and – through their trade association, National Federation of Retailers — took their complaint to court.

The merchants won the first round, when U.S. District Court Judge Richard Leon ruled that the Fed had ignored the law when it set the 21 cent limit. The Fed has appealed this ruling. However, the financials appealed the ruling.

What has the NAFCU making smiley faces is a ruling last week by a three-judge panel of the U.S. Circuit Court of Appeals, who struck down the district court’s previous ruling.

This will not be the end of the battle, though: as NAFCU points out, the appeals court remanded the issue of how the Fed treats transaction-monitoring costs.

We’ll keep you posted on this, since billions of dollars are ultimately at stake in this fight.