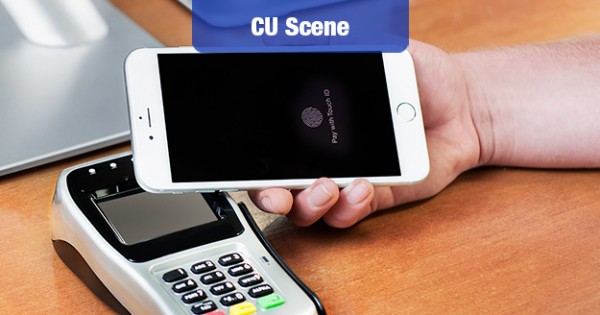 Apple’s new mobile payment service, Apple Pay, launched with great fanfare this month, with many financial institutions pledging their support. But an article in Credit Union Times reports that the majority of those FI’s were credit unions.

That’s impressive, but not surprising. CUs are moving fast into the mobile banking arena, and Apple Pay may well become popular with CU members. The new service offers two big advantages over competing mobile payments services:

Convenience – Apple Pay allows one-touch payments at stores. Apple said that users don’t need to open an app – or even wake up their displays — to use the service. Payments are made by holding an iPhone near a contactless reader and putting a finger on Apple’s Touch ID biometric feature.

Security – Touch ID is just one way that Apple Pay promises a new level of mobile payments security. The service makes use of “tokenization” in place of transmitting a user’s credit card information with each transaction.

These features – and others – have the potential to make Apple Pay a huge advance on current options. Credit unions recognize this, and are leading the way toward accommodating CU members with the safest, most convenient mobile options available.