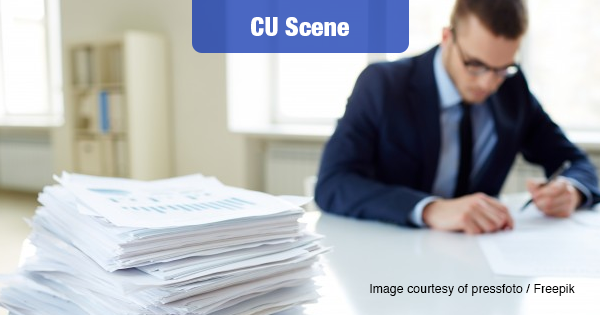 Quick, what do big banks and the tiniest credit unions have in common? They both hate Dodd-Frank. The difference is that Dodd-Frank is putting tiny CUs out of business.

Of course, Dodd-Frank is the landmark law passed in the wake of the financial crisis. It put new, strict regulations on the books, and made sure they applied to both banks and CUs.

Complying with Dodd-Frank adds administrative burden and cost for both banks and CUs. The difference is that big banks can afford to bear this costs, whereas smaller, community banks and most CUs really struggle with compliance.

We’ve heard of tiny, 9-person CUs actually having to add a tenth staff member just to comply with these strict, new regulations. Imagine what that does to a CU’s ability to stay competitive with local banks? Or even to stay in operation.

So, as you might imagine, CUs have been agitating for regulatory reform. In a perverse, “only in politics” twist of fate, this has often put CUs on the same side of the issue as the very same big banks that are lobbying to take away CUs’ tax privileged status. Talk about frenemies.

One of the true champions of regulatory reform in the CU movement has been Dan Berger, president and chief executive officer of the National Association of Federally-Insured Credit Unions (NAFCU), an industry association that provides credit unions with federal advocacy, education and compliance assistance.

He recently penned a blog in The Hill – a publication focused on Congress. You can read it in full HERE:

Here are some excerpts from Dan’s blog:

“The impact of excessive regulation cannot be overstated. It slows economic growth, hampers innovation, stymies job growth and pushes compliance costs to astronomical levels. The Competitive Enterprise Institute (CEI) estimated that federal regulations cost $1.885 trillion in 2015. Based on these costs, CEI describes federal regulation as an unseen tax that costs about $15,000 per U.S. household.
The Dodd-Frank Act of 2010 represents a pendulum that has swung too far to the side of overregulation. This law, passed in response to the 2008 crisis, was supposed to be aimed at the bad Wall Street actors and the unregulated financial service providers.
Instead, Dodd-Frank has mired credit unions—the financial institutions of Main Street—in a regulatory swamp. Virtually every rule impacting credit unions, especially those promulgated by the Consumer Financial Protection Bureau (CFPB), is more complex and repressive than the previous one, and the costs continue to escalate.
For credit unions—not-for-profit, member-owned financial cooperatives—the costs of overregulation have been dramatic. Total compliance expenses have grown an estimated 59 percent since Dodd-Frank, and they are expected to grow 86 percent over the next three years. Credit unions have lost approximately 20 percent of the industry since the second quarter of 2010, when Dodd-Frank was enacted.”

Those of us who care about the future of credit unions should pay attention – and take part in – this discussion of regulatory reform.

With the new Administration coming into power – alongside friendly majorities in both houses of Congress – we could see some big changes coming.

Some of those changes –such as a repeal of Dodd-Frank – may indeed offer relief to CUs. But others – such as the rescinding of tax-privileged status for CUs – could really harm the CU movement.

So, keep up with the news, and stay in touch with your Congress-person. We could see some interesting days ahead, that’s for sure.