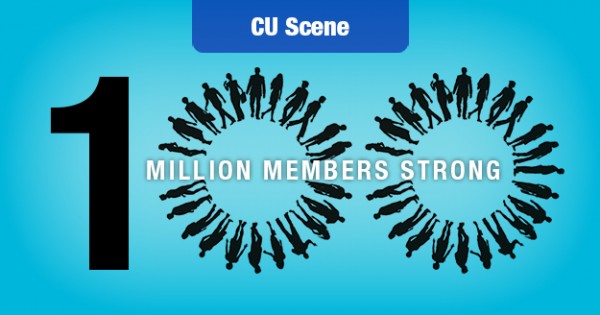 Earlier this month the Credit Union National Association announced that credit unions had surpassed 100 million members nationwide. It’s a big milestone – and a sign that CUs are really catching on. But the CU movement still has a tiny footprint compared to banks.

Even though there are around 7,000 credit unions nationwide, banks still control 94% of deposits. That’s right, CUs only have 6%.

Most of those 7,000 CUs are small institutions that are 100% focused on the communities in which they operate. All CUs are not-for-profit, member-owned institutions. They are run on passion and commitment, not Wall Street money.

Because of this non-for-profit status, CUs return any money they “make” back to their members. This usually comes in the form of lower fees — and better rates on loans.

Despite all the financial pressures of the past six years, CUs still offer a better deal than banks. In fact, a full 72% of CUs offer free checking, as opposed to just 38% of banks.

With all the advantages CUs offer, it’s a wonder that everyone doesn’t embrace the movement, and join a credit union. One hundred million is a very nice number; now it’s time to shoot for 200 million. So tell your friends about this great, not-for-profit way to bank.