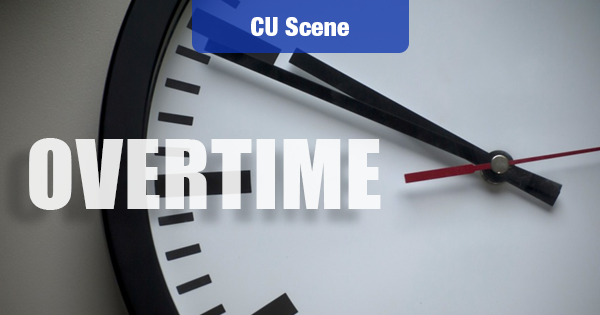 A recent article in Credit Union Times chronicled the fight being waged by U.S. credit unions against new rules governing overtime pay that are being developed by the Department of Labor.

In the article, CU Times’ Tina Orem did a great job of describing the conflict in detail. Basically, it pits the admirable value of rewarding hard work with fair pay against the practical needs of CUs to protect member assets, and provide the highest level of service.

Under the proposed new rules, the annual salary threshold for which employees would be eligible for overtime pay would increase dramatically, from $23,660 to $50,440. This would result in millions of additional workers being eligible to receive overtime pay.

A Nice Idea, But…

Many have argued that this is a long-overdue change. The federal rules attempt to prevent lower-level workers from being required to work longer-than-usual hours for the same rate of pay while allowing companies and higher-salaried professionals greater flexibility in negotiating the terms of work and pay.

The assumption underlying the present guideline is that workers making less than $23,660 have less power to negotiate fair terms of employment, while workers who make more than this, do.

We all know that times have changed, and that a wider range of workers are being asked to work longer hours for the same pay. In some cases, salaried workers are expected to work more than 40 hours for no additional pay.

In this sense, the new rules would reflect the conditions of the modern workplace. However, they would result in companies shelling out more in compensation expenses, since the pool of workers eligible to receive overtime pay would vastly increase in size.

Credit Unions – and their Members — Would Feel the Impact

This would hit credit unions particularly hard. These not-for-profit, member-owned collectives need to watch every penny. After all, CU assets are member assets.

According to Orem, credit unions and CU leagues argue that the new rules – and the increased labor costs they would bring – would result in service cuts to members, layoffs and moving full-time workers to part-time status.

The World We Live In

It may seem strange that credit unions – which were set up, after all, to protect the financial interests of “the little guy” – would oppose rules that seek to more fairly compensate hard-working Americans.

However, the attitude of CUs toward these proposals is shared by many smaller businesses across the country.

Many argue that such rules would put small businesses in an uncompetitive position, and that their response to the new regulations (layoffs, closures, part-time workers) would actually hurt the very workers the regulations were designed to help in the first place.

So, it’s not just CUs who are objecting to the new proposal. There’s no easy answer to the questions raised by the issue. Workers have, are and will be exploited by greedy employers. At the same time, life isn’t getting easier for smaller businesses in the U.S.