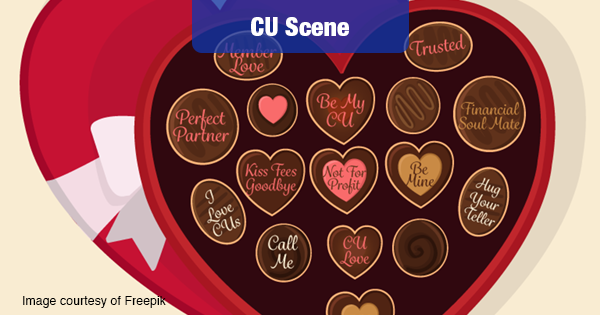 Credit union lovers are being asked to fight efforts by the Big Bank Lobby (aka The American Bankers Association) to strip CUs of their tax-privileged status, among other things.

One of those “other things” are new rules being contemplated that would allow CUs to increase their small business lending portfolios and to expand the geographic pools from which they draw membership.

At every step, the bankers and their lobbyists are fighting CUs – always claiming that CUs have an unfair advantage due to their not being taxed the same as banks.

In a recent editorial New Jersey Credit Union League President and CEO David Frankil blew off some steam, and issued a call to action regarding a lawsuit brought by the banking lobby against new rules allowing credit unions to increase their business lending activities:

“As a society, we should be encouraging credit unions to step in to help people, but the banking lobby is suing to try to prevent these rules from going into effect, denying millions of Americans effective access to credit unions,” he said.

Frankil went on to say, “Looking at how the banking community has consistently failed to protect its customers from financial turmoil gives one clue as to why they don’t want credit unions to do our job. During the Great Depression, for example, banks failed nationwide, while credit unions stood tall as a safe alternative. In the 1960s and ‘70s, when it was discovered that banks were discriminating against minorities, credit unions became a safe haven for these individuals.”

“And during the recent financial crisis, banks were collapsing and being bailed out at a blistering pace as a consequence of irresponsible lending practices, while the still-healthy credit union industry was found to have protected their members all along.”

This is great stuff from Frankil.

It bears repeating that credit unions had nothing whatsoever to do with causing the financial crisis. CUs weren’t issuing irresponsible “liar loans” or falsifying loan documents. No, no – those were the actions of the ever-aggrieved big banks.

If ever there was a time for CU members to get active, it is now. The bankers, and their lobbyists, are re-doubling their efforts to oppose CUs. If they succeed it could mean the end of CUs as we know and love them.

Following Frankil’s editorial, a Virginia judge dismissed the lawsuit brought by the bankers. But this was but one small victory in a seemingly endless fight. The for-profit banking industry writes a black check to its army of lobbyists and lawyers. Surely, they will appeal this case, and bring new ones.

So, if you care about the future of credit unions this is a good time to stay abreast of legal, legislative and regulatory developments. Things are heating up.