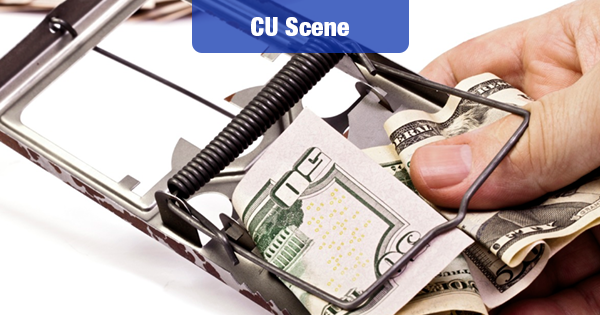 To understand why this is, a little background is in order:

Payday lending is a controversial subject. Consumer groups see it as a predatory form of lending that often locks low-wage Americans into perpetual debt slavery. However, financial services companies view payday lending as a necessary lifeline for people who often have no other access to credit.

In truth, both of these views have some legitimacy.

The Good and Bad of Payday Lending

Low income people very often do not have access to typical forms of credit like credit cards. When they have a financial crisis (such as being short on the rent three days before pay day), they turn to payday lenders. It is often their only option.

At the same time, the consumer groups are not wrong about the business model followed by many payday lenders. These companies lend money at extremely high interest to people who just can’t make ends meet on their pay.

Imagine a situation where you are always $100-200-300 short on your expenses each month. You resort to payday loans to get through the month, yet the combination of high interest and your own inadequate income cause you to roll one payday loan into another.

For many Americans in this situation, not a day goes by when they’re not in debt to payday lenders. It’s a perpetual debt trap.

Basically, CFPB is pushing for new rules that would force lenders to ensure that potential borrowers had sufficient income to pay back a loan – before approving the loan.

Why Are Credit Unions Opposed to Consumer-Friendly Regulation?

This seems sensible enough – so, why are credit unions opposed to it?

First, it should be said that credit unions have been entering the payday lending market to provide a friendlier alternative to the typical “store front” payday lending businesses that give the industry such a bad name.

Credit unions want to offer these loans in the context of wider financial relationships that would have the goal of helping people to manage their money better, and get out of the debt trap.

According to the nation’s CUs, these new rules aren’t necessary for credit unions, since CUs lend on a holistic basis. In other words, they lend based on a deeper relationship with the member, and often base lending decisions on factors that go beyond a simple calculus about income.

Worse yet, CUs say, if these rules are put into effect it would knock many CUs out of the payday lending business altogether.

So Who Is Right?

It’s clear that CUs have a very different business model than typical payday lenders do: CUs are not-for-profit cooperatives, where borrowers are also part-owners of the CU.

CFPB’s rules are obviously aimed at for-profit companies who don’t necessarily have the borrower’s best interests in mind.

What’s clear is that these proposed rules would, in fact, knock many players out of the payday lending game. Many people who rely on these loans would simply have nowhere to turn.

It’s possible, in other words, that CFPB’s efforts to help financially hard-pressed Americans may actually hurt them.

Perhaps CFPB should instead allow credit unions to take a shot at serving this market.