Looking at The Cost of Living by State 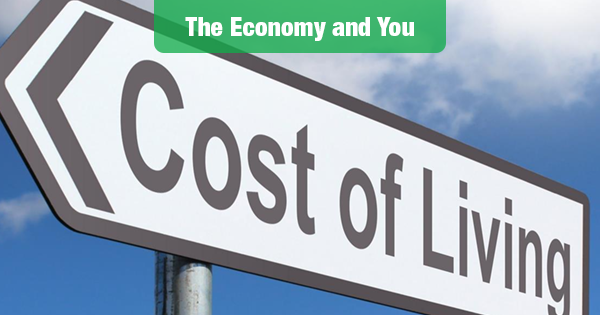 State personal consumption expenditures (PCE) increased on average 4.3 percent in 2017, an acceleration from the 3.8 percent increase in 2016, according to statistics released today by the Bureau of Economic Analysis.

The percent change in PCE across all states ranged from 6.9 percent in Idaho to 2.0 percent in North Dakota.

After Idaho, the states with the fastest growth in PCE were Washington, Utah, and Arizona.

Idaho and Utah were also among the fastest growing states in 2016. After North Dakota, the states with the slowest PCE growth were Wyoming, Louisiana, and Oklahoma.

Category growth in PCE by state. In 2017, expenditure growth in health care and housing and utilities were the leading contributors to national PCE growth (table 3). These categories grew 4.6 percent and 4.0 percent, respectively.

Spending on health care and on housing and utilities were also among the leading contributors to PCE growth in most states, including the four fastest growing states.

Gasoline and other energy goods expenditures increased on average 11.7 percent in 2017. It was the first year-over-year increase since 2012.

Spending on gasoline and other energy goods increased in every state. Washington and Idaho experienced larger than average increases in this expenditure category – 16.0 percent and 14.9 percent, respectively.