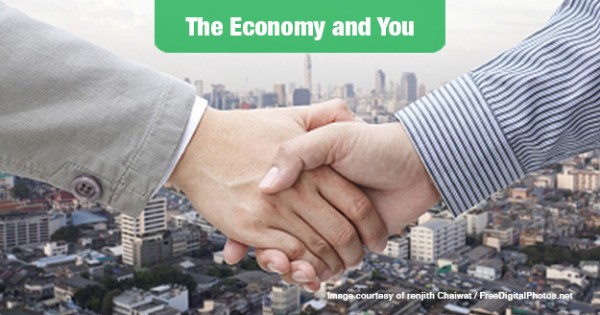 One sign that the economy is coming back is the rise of corporate mergers and acquisitions (M&A) activity. A new study finds that this growth is set to accelerate over the next few years.

Professional services firm Deloitte has just published its M&A trends report 2014. The firm said that its surveys, of more than 2,500 U.S. companies and private equity firms, indicate that the modest rebound of M&A activity seen in 2013 — and a solid rise of deals in the first three months of this year — are just the start of what may be a robust expansion of M&As in the months and years ahead.

Deloitte said that 84% of corporate executives surveyed expect a sustained or increased pace of M&A activity in the next 24 months. Among private equity executives polled, the vast majority (89%) said they expect to see “average to high” deal activity during the period ahead.

So, what does this mean for those of us who aren’t deal-makers?

If you think back on the economic news of the last five years, one dominant theme has been that economic growth has been “stuck in first gear” in part due to the massive amounts of cash that companies had “parked,” instead of investing.

The oft-quoted figure was $2 trillion. This represented the amount of money that U.S. corporations were keeping in banks and stocks, rather than investing in various growth strategies.

With all that money parked, the reasoning went, it was impossible to get business growth — and hiring — happening at a fast enough pace.

Well, mergers and acquisitions represent one very big way that corporate cash is put to use. If we do see a dramatic rise in M&A’s, it will represent the first time since the financial crisis that companies and investors are seeing big opportunities for profit through buying up other companies.

That’s a big sign of confidence in the economy, and a reason for us “average people” to be somewhat hopeful.