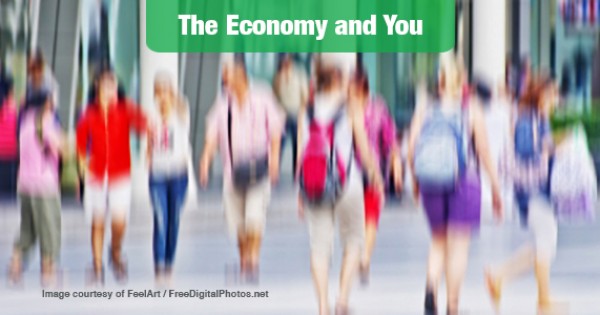 Consumer confidence declined a bit in April after increasing in March, according to the results of a new survey from The Conference Board.

The survey gauges consumer confidence based on a number of factors, including appraisals of such things as business conditions and jobs.

However, the news wasn’t all bad: while confidence slipped a bit in April, consumer expectations held steady. (“Expectations” is more a gauge of how people feel about the near-term future, rather than the present.)

Consumers were a bit more optimistic on the jobs and income fronts, with the percentage of survey responders expecting to see more jobs in the months ahead actually increasing, from 14.1% to 15%. The proportion of consumers anticipating their incomes to grow increased as well, from 15.3% to 17.1%.

What does this new information tell us? It cautions us to keep track of actual business activity and hiring data over the next three months, and to not read too much into these “gauge of peoples’ feelings” reports.

After all, the unexpectedly lousy winter we had has disrupted some hiring and expansion plans. We’ve seen this play out in surveys of businesses recently. It’s too early to tell whether the positive economic momentum we had coming out of 2013 hit its limits early in 2014, or if a disruptive winter simply slowed things down a bit.

Things could go either way, but we’ll know this best by analyzing actual consumer and business activity in the economy, as it plays out in the near future.