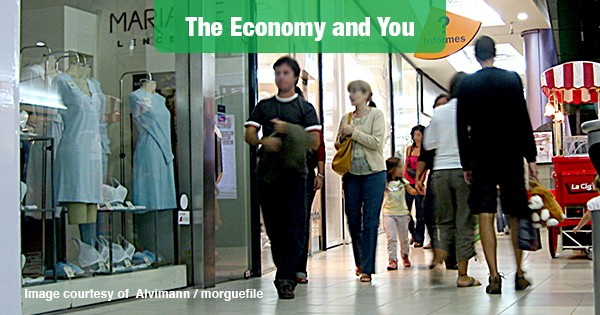 A closely-watched index gauging consumer confidence rose in March, after dropping in February. We’d be more excited by this if it hadn’t been followed by the worst jobs report in 15 months.

In a statement, Lynn Franco, The Conference Board’s Director of Economic Indicators, said “This month’s increase was driven by an improved short-term outlook for both employment and income prospects; consumers were less upbeat about business conditions.”

We’ll see how they feel about jobs after being bombarded by this week’s headlines, which will trumpet the fact that the latest government employment report had the economy producing a measly 126,000 new jobs in March.

This was down rather dramatically from the readings for January and February, (even after those readings were revised downward last Friday).

Hopefully, the March jobs report will be stand as a one-month phenomenon — and not a trend