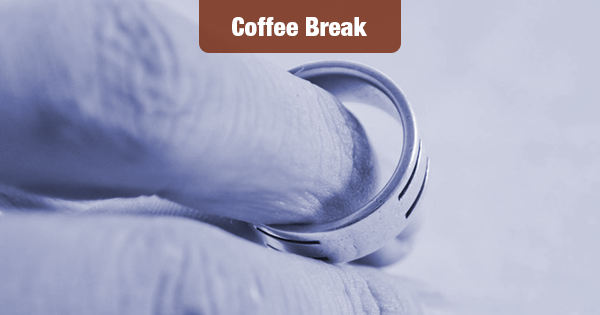 A new study finds that many Americans are considering divorce, even though few of them report being genuinely unhappy in their marriages.

Lawyer referral service Avvo recently surveyed married people across the U.S., and found that one in five say are thinking about splitting up with their spouse to some extent.

Seven percent say they are definitely considering it.

However, just 3% said they were not satisfied in their marriages.

More than double the number of married men (24%) than women (11%) say they’re somewhat considering a breakup.

Marriage actually may be linked to increased relationship satisfaction: only 43% of unmarried people in relationships say they’re very satisfied.

So why are so many considering divorce?

Avvo finds that financial issues can sometimes be a factor in determining whether a romantic partnership succeeds.

When asked if a lot of money is necessary to make a serious relationship or marriage work, 31% said yes, and 26% said maybe or that they weren’t sure.

That may be a factor – certainly with people who just aren’t happy with their financial position or social status in life.

Before you go looking for a lawyer, think about whether your impulse toward making a change in your marital status is really about the need to make a change in the direction of your life. Then talk to your spouse.

You may find that both of you are feeling frustrated with life. Perhaps you’ll do more toward addressing that together than you would on your own.