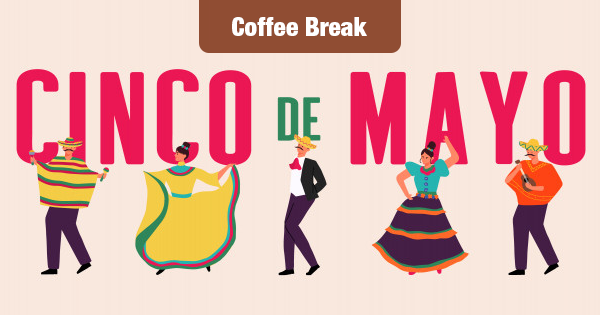 Cinco de Mayo has become a very popular holiday in the U.S., enjoyed by those of Mexican heritage and just about everybody else. However, many Americans have misconceptions about the holiday, so we’re offering up a simple fact sheet.

So, here are some fast facts about Cinco de Mayo:

Cinco de Mayo celebrates a Mexican victory over the French Army – the holiday commemorates the Mexican army’s 1862 victory over France at the Battle of Puebla during the Franco-Mexican War (1861-1867).

France was a major creditor of Mexico, so Napoleon III hustled up support within Europe, (from Spain and the UK), and invaded Mexico.

The Battle of Puebla was a mostly symbolic victory; it took another six years before the French finally left the country.

Yes, there was a U.S. angle – the United States threw its political and military support behind the Mexican cause, which helped bring the ugly period of French occupation to a close.

However, if you try to tell anyone from Mexico that the U.S. “saved their butts” during the war, you will cause great offense. The U.S. helped out, but it didn’t do the fighting; the Mexicans did.

Cinco de Mayo isn’t that big a deal in Mexico – Just as St. Patrick’s Day is a bigger deal in the U.S. than it has traditionally been in Ireland, Cinco de Mayo is more popular in the States than it is in Mexico.

Remember, The Battle of Puebla was symbolic, and not decisive. So, Cinco de Mayo is celebrated mainly in the Mexican State of Puebla.

Puebla is the poorest state in Mexico, and many people leave it for economic reasons. The state has been a leading source of Mexican immigrants to the U.S. over the years. This is one reason why Cinco de Mayo caught on in the U.S.

Another reason: Chicano activists raised awareness of the holiday in the 1960s. Today, the largest U.S. Cinco de Mayo festivals are held in Los Angeles, Chicago and Houston.

Hope that helps. Now, have some tacos and mole poblano. ¡Viva México!