Bummed Out about Retirement? There’s Hope. 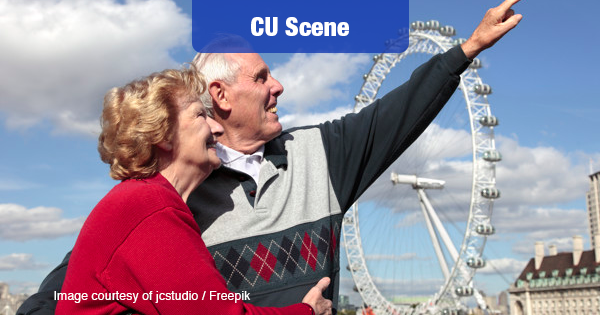 Retirees who say life is worse in retirement cite income (78 percent) and cost of living (76 percent) as the top reasons why.

The 1,012 American adults age 50 or older surveyed online by Harris Poll also are concerned about a variety of possible changes to Social Security – and most aren’t banking on Social Security to last.

In fact, 78 percent of future retirees worry that Social Security funding will run out in their lifetime – the highest this sentiment has been in the last four years.

Plus, about half of older Americans (52 percent) expect Social Security benefit cuts under the current administration.

“With growing uncertainty and looming potential changes, Americans in or nearing retirement need help navigating the complexity of the program,” says Tina Ambrozy, president of sales and distribution for Nationwide. “When and how Americans file for Social Security is one of the most important financial decisions they will make in their lifetime.”

Taken as a whole, the survey shows undercurrents in three areas that relate to the broader negativity: future retirees’ expectations differ from current retirement realities, health care costs continue to be a driving concern, and many future retirees do not understand basic elements of the Social Security program, which can complicate appropriate planning.

Key differences exist between older Americans’ retirement expectations and the realities of most current retirees, especially as they relate to Social Security benefits.

On average, future retirees expect to wait until age 65 to collect Social Security benefits, while most current retirees say they began receiving them at age 62 on average, suggesting a disconnect in planning between the two groups.

For example, future retirees expect to receive $1,578 in monthly Social Security benefits, which is more than the $1,487average monthly benefits of recent retirees and the $1,308 of those who retired more than 10 years ago.

The differences don’t stop there. Most American adults age 50 or older anticipate spending their benefits on living expenses such as groceries (84 percent) and housing (61 percent).

Future retirees expect to spend 29 percent on housing, 23 percent on groceries and 20 percent on health care. However, retirees are somewhat more likely to say they spend their benefits paying health care costs (59 percent) than they do for housing (56 percent).

“Many Americans nearing retirement have misconceptions when it comes to planning for and spending their Social Security, and their assumptions don’t match the reality of how current retirees use their funds,” adds Ambrozy. “Our fourth annual survey uncovers the importance for many of maximizing their Social Security benefits to better prepare for planned – and unplanned – expenses in retirement.”

As you can see, what people don’t know today will hurt them when they want to retire. You can avoid that by planning and saving – starting now. A good place to start is your credit union, where you’ll receive tools and advice from professionals who aren’t pressured by a profit motive.