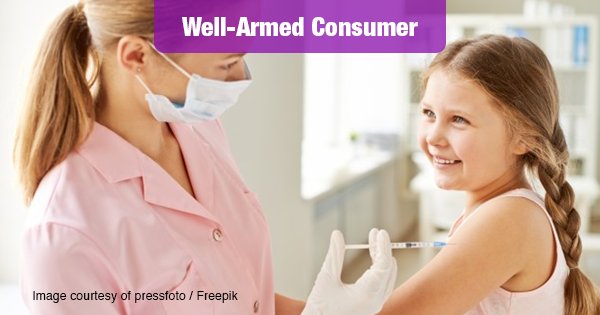 Kmart Pharmacies across the country are offering flu shots that the company said will cost $0 with “most insurance plans asterisk”.

What a brave new world we live in: flu shots at Kmart (original home of the “Blue Light Special”), with insurance companies paying for them. What happened?

Actually, this deal tracks two emerging trends: 1. More retailers are adding in-store clinics; and 2. Health plans have gotten into preventative health because it, like, saves them money in the long run.

Kmart Pharmacy polled its customers, and reports that almost a quarter [23 percent] said that price plays a significant role when deciding if they should get vaccinated.

The company is also offering this Myth/Fact format advice for the flu-shot-sceptics out there:

Almost every doctor and public health expert in the U.S. agrees with this pro-flu-shot stance, by the way. It’s not just Kmart drumming up business.

So, check with Kmart and your insurer to see if you qualify for a free shot. (You’ll probably find similar deals at other in-store clinic operators, too).