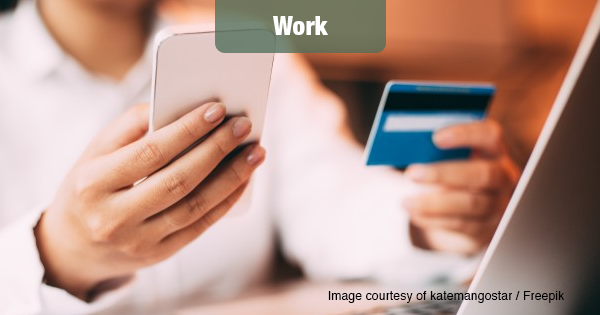 Will you be stuck at work on Black Friday and Cyber Monday? Don’t fret – just do what millions of other workers do and make use of the Internet to grab those deals. Just make sure you don’t get fired for “work-shopping”.

New research from staffing firm Robert Half Technology found that three-quarters (75 percent) of workers surveyed admitted to shopping during work hours on a company device, and forty-one percent said they spent one hour or more shopping on the job during last year’s Cyber Monday.

This year, 23 percent of all respondents said they plan to spend even more time on online bargain hunting while at the office.

Use Your Lunch Break to Shop Online

Nearly half of workers (46 percent) said they grab most of their Cyber Monday deals while on their breaks or at lunch, while others make purchases whenever they have a free moment during the day, keeping browser tabs readily open (29 percent).

Twenty percent of the employees polled prefer to shop first thing in the morning.

Corporate online shopping policies may not be as clear as employers think. Forty-three percent of workers said their boss or company allows them to shop online during Cyber Monday, while almost a third (31 percent) admitted they didn’t know their workplace policy.

When CIOs were asked to describe their organizations’ online shopping policies on a company-issued device, almost half (49 percent) said they allow access, but monitor for excessive use.

Or Take a Day Off to Shop

It may be convenient to grab holiday deals online, but a majority of workers would rather have a day off to shop sales right after the Thanksgiving holiday. Sixty-five percent of employees surveyed said they’d prefer to have a work-free day on Black Friday, rather than Cyber Monday (35 percent).

“With all the added responsibilities around the holidays, it’s understandable that employees may want to maximize any spare time during the work day to get additional things done,” said John Reed, senior executive director for Robert Half Technology. “Make sure your company’s Internet policies are clear and communicated broadly to your organization to avoid security issues or decreases in productivity.”

Save a bundle – just don’t get fired.