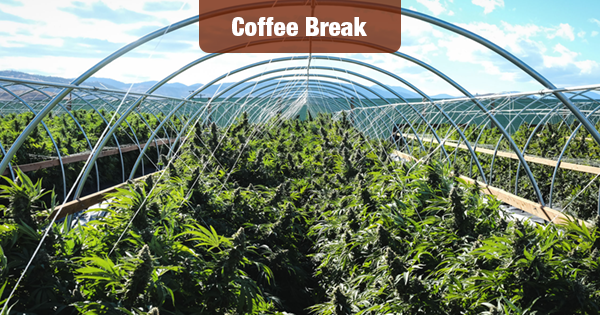 If you’re over a certain age it comes as a bit of a shock that America now has a multi-billion, legal cannabis industry. But indeed we do, and this new industry is eager to defend its reputation.

That reputation was recently tested by a recent report titled, “The Pot Vote,” that aired on the CBS News program, 60 Minutes, and focused on the town of Pueblo, Colorado.

In the 6o Minutes piece, correspondent Dr. Jonathan LaPook interviewed Dr. Steven Simerville, a pediatrician at Saint Mary Corwin Medical Center in Pueblo, who supports a ballot initiative to ban recreational cannabis because he says he’s noticed more babies being born with THC in their system.

Cannabis industry consultancy DCG is fighting back, pointing out that the report failed to mention, is that in 2015, the center treated almost 3-times more newborns with intrauterine opioid addiction as it did the year prior.

The report also failed to mention that the overall population of Pueblo County has grown in recent years, the PR firm said.

This New Industry Is Growing Fast

What’s interesting about this controversy is that it predicts what may be happening nationwide in the years to come. After all, many states are now debating whether to legalize cannabis for recreational use.

It’s not much of a stretch to predict that states containing more than 75+ million people will have cannabis laws similar to Colorado’s on the books by the end of the decade.

This is why the 60 Minutes piece – and the controversy it covers – serve as an important barometer of what’s to come in the U.S.

On the one hand there are going to be some doctors, public health officials, law enforcement officials and politicians lining up to decry (and likely exaggerate) the negative effects of legalized weed.

On the other hand you have this spanking new, wealthy industry asserting itself. Like other well-heeled business groups, the cannabis industry will have both economic and political power. It will employ thousands, contribute many millions to tax coffers and hire the nation’s top PR and law firms to represent itself.

The cannabis industry is rapidly maturing into a major force. Like it or not, we will soon have a cannabis lobby with power similar to what the liquor lobby has, and what the tobacco lobby used to have.

Whether one thinks this is good or bad depends on one’s position on legalized cannabis, of course. But all must admit that big money changes things, and that legal cannabis is becoming a force to be reckoned with.