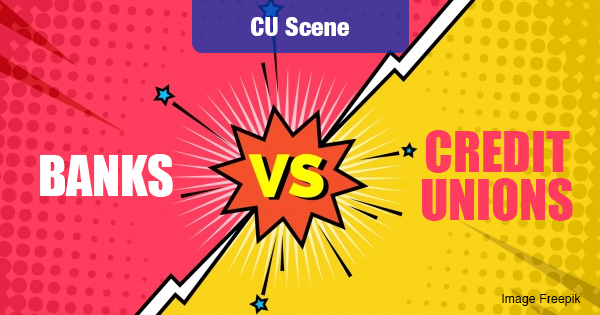 For-profit banks are fighting in Congress to take away not-for-profit credit unions’ tax exemption, once again.

This is a fight that has been going on for years. The banking lobby have been seeking to take tax-advantaged status away from credit unions for years.

A new fight has emerged, led by community banks.

As Sylvan Lane puts it in a recent article in The Hill, “A top trade group representing community banks called on the Senate Finance Committee to hold a hearing over whether credit unions should still be exempt from corporate income tax. The request followed a letter from the two top credit union lobbyists to Chairman Orrin Hatch (R-Utah) defending the tax exemption.”

This group is called the Independent Community Bankers of America (ICBA).

In a statement, ICBA president and CEO Camden Fine claims that “Today’s credit unions are virtually indistinguishable from taxpaying community and regional banks.”

Fine wrote, “It is widely understood but rarely acknowledged that the tax exemption has outlived its purpose. Now is the time to have that discussion.”

But there’s still a glaring problem with this argument: credit unions are not-for-profit while community banks are for-profit. This is a very big distinguishing feature between the two types of financial institutions.

If you support credit unions – and the tax savings they pass on to members – now would be a good time to let your senator know that it’s not OK to mess with CUs.