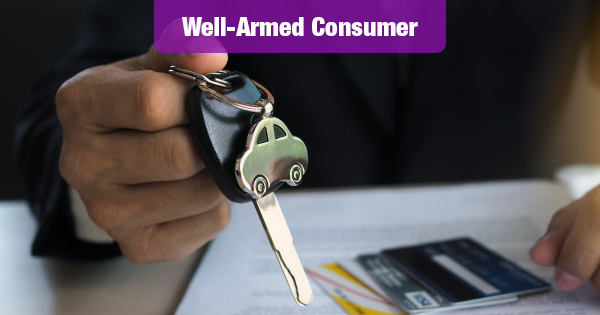 The average interest rate for a new-vehicle loan dropped for the second month in a row in June, hitting its lowest level so far this year.

According to the car shopping experts at Edmunds, the annual percentage rate (APR) on new financed vehicles averaged 6% in June, compared to 6.1% in May.

Edmunds data reveals that more shoppers received interest rates between 2% to 5% in June compared to any other month so far in 2019.

“The summer selldown is officially in full swing, and car shoppers are finally starting to find the price breaks they’ve been hoping for,” said Jessica Caldwell, Edmunds’ executive director of industry analysis. “While we’re not talking about the dramatic discounts you could find just a few years ago, it’s clear automakers are realizing if they want to sell new cars at record-high prices, they’re going to have to do something to entice the average consumer.”

Edmunds estimates 5.5% of new vehicles sold in June were 2018 models, the highest level of outgoing model-year sales of any June in Edmunds’ records, dating back to 2002.

“2020 model-year vehicles are going to be showing up in just a few weeks, and no new-car dealer wants to have a pack of three different model-year vehicles hanging out together on the lot competing for attention,” Caldwell said. “And the longer these 2018 models sit there, the more expensive they get for dealers to move, so there’s certainly a sense of urgency.”

Edmunds analysts say that interest rates have and continue to be one of the biggest inhibitors for sales in 2019, so this seems to be the right lever to pull to get shoppers back into showrooms.

“High-interest rates have been the biggest story so far this year, and for good reason,” said Caldwell. “The trickle-down effect has been significant for all areas of the auto market. If the Fed decides to lower rates further, it could be just that last little boost automakers need to finish the year in a solid place.”

Find out more at www.edmunds.com.