Before You Take an At-Home Test for Alzheimer’s Risk Gene, Read This 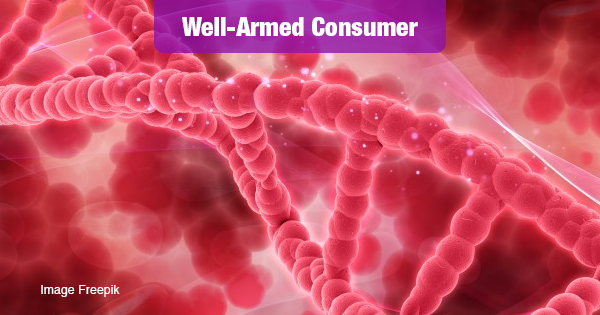 Persons wishing to learn their genetic risk for Alzheimer’s disease —by way of an at-home genetic test—should first consider consulting with their doctor and a genetic counselor, according to the Alzheimer’s Foundation of America.

“Before pursuing any kind of genetic testing, it is essential that consumers are fully informed and understand the benefits, limitations and other implications of learning one’s personal health information,” says Charles J. Fuschillo, Jr., President and CEO of the Alzheimer’s Foundation of America (AFA).

“This includes having insight on how a test result might impact the individual and their family emotionally, particularly in the case of Alzheimer’s in the absence of a cure, or an effective treatment.”

The number of consumers accessing their genetic information has exploded, since the April 2017 FDA approval of direct-to-consumer testing for genetic disease risks.

Among the genetic tests available is one to determine APOE status—apolipoprotein-E, a “susceptibility” gene for late-onset Alzheimer’s disease.

And with effective and sustained marketing campaigns by commercial testing entities, the sales of the tests (and presumed use) have already skyrocketed.

The Security of Your Genetic Information

One of the things the AFA is concerned about is that genetic information could be used to negatively impact individual when trying to purchase certain insurance products.

“While the current Genetic Information Nondiscrimination Act (GINA) offers some protections, in a few states—long-term care insurance and life insurance companies still have the right to ask if an individual knows their genetic status and adjust long-term care insurance premiums accordingly,” says Fuschillo. “Therefore, the ways in which personal health information—including genetic status—could be used has important implications, posing risks to consumers over which they may have little control.”

Consumers should also remain vigilant about the risks of unintended disclosure of genetic testing information through computer hacking or other data security breaches.

“As with a person’s social security number, a person’s genetic information needs to be safeguarded from those seeking the information for exploitative or criminal purposes,” says Fuschillo.

On the positive side, research has shown that individuals who undergo testing and become aware of their own genotype may take pro-active steps to plan for and optimize their future lives, e.g., make lifestyle changes and actually benefit from early detection.

Find out more at alzfdn.org.