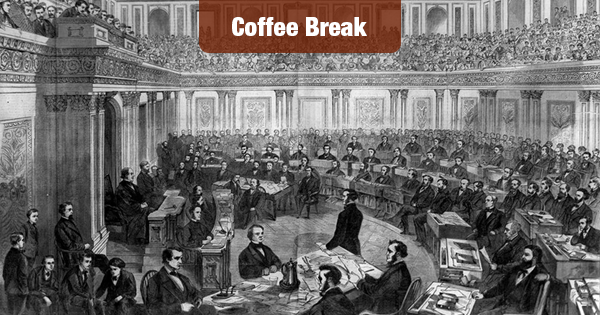 The U.S. Senate can be thought of in a number of ways – depending on whether you’re a cynic or you’re film-maker Frank Capra.

Cynics see a club for millionaires – or America’s own House of Lords — where states with populations of 2 or 3 million have the same representation as states with more than 25 million residents, (take that, democracy!). These cynics view the filibuster as just another way for these elitists to thwart the will of the people.

Frank Capra types view the Senate as the embodiment of minority rights – where small states have the power of big states, and where a single senator can hold up legislation by engaging in a filibuster. Just watch Capra’s classic movie, “Mr. Smith Goes to Washinton”. We dare you not to cry.

Both the cynics and the Capras should have marked April 8th on their calendars.

As the U.S. Census Bureau reminds us all, that was the date 104 years ago that the 17th Amendment to the U.S. Constitution was ratified, establishing direct popular election of senators.

Previously, members of the Senate were elected by each state’s legislature.

As the voting franchise expanded after the Civil War and into the Progressive Era, growing sentiment held that senators ought to be popularly elected in the same manner as representatives.

Because of such developments, at least 29 states by 1913 were nominating senators on a popular basis for the legislatures to approve.

In the elections of 2014, just 42 percent of citizens cast their ballots, with a peak of 61 percent among those ages 65 to 74. In the 2012 presidential election, not quite 62 percent of all registered citizens voted.

It looks like we have way too many cynics, and not enough Frank Capras.