Americans Aren’t So Divided After All, OfferUp Survey Finds 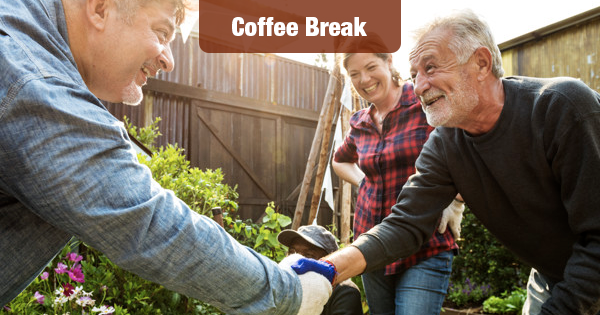 Although the American public continues to be divided on everything from healthcare to border protection, a new survey of U.S. homeowners and renters reveals people in American neighborhoods are surprisingly united.

OfferUp, a mobile marketplace in the U.S. for local buyers and sellers, surveyed more than 2,000 Americans to discover what they really think about the relationships with their neighbors.

The results of the survey are featured in OfferUp’s 2019 Good Neighbor Report, which found that there are steadfast levels of selflessness, care, and trust across American communities, regardless of age group or location.

A Pew study found more than half of Americans think there is a “great deal” of difference between political parties and 70% of Americans predicted Republicans and Democrats in Washington will bicker and oppose each other more than usual this year, but the Good Neighbor survey shows surprising results when Americans are questioned about the behaviors within their own neighborhoods.

Few (18%) have actually encountered a scenario where political divisions impacted a relationship with a neighbor. Among the small group for whom it did, the vast majority (70%) still consider the neighbor who they had a political conflict with as a friend.

And despite popular belief that social media is making younger generations increasingly isolated and overly focused on digital communication, more than half of all Americans from Gen Z to Baby Boomers regularly communicate with their neighbors in person.

Likewise, the survey found younger Americans are just as likely to do something kind or helpful for a neighbor as their older counterparts.

“The results of our Good Neighbor report confirm that many Americans still see neighborhoods as the cornerstones of our communities,” said Nick Huzar, CEO and co-founder of OfferUp. “Over the years, I’ve traveled the country and heard hundreds of stories from people who have built meaningful bonds with neighbors through our marketplace. These bonds create healthy communities.”

The survey also revealed surprising and heartwarming trends in the overall friendliness of American neighbors:

49% say they trust their neighbors completely

Beyond kind gestures, neighbors overwhelmingly report going above and beyond to help another neighbor in need, without being asked and refusing any type of payment in return.

San Diego Tagged as the “Friendliest” City in America

OfferUp sought to examine the quality of relationships between neighbors since the marketplace has more than 44M annual users who buy and sell in their local communities.

Neighborly relationships are key to marketplaces, and OfferUp is the only mobile marketplace that features a fully integrated profile and ratings system where buyers and sellers can rate each other after each transaction on things like quality of communication, reliability and friendliness.

After analyzing its own internal data, OfferUp found San Diego is the friendliest city in the U.S., with 80% of OfferUp buyers and sellers in the area rated as “Friendly” by people who interacted with them through the app over the past year.

Nationwide, three out of four people who were rated on OfferUp over the past year have been tagged as “Friendly” at least once by another user. Around seven in ten people were rated “On-Time,” “Reliable” or “Communicative.”

Of course, not every interaction between neighbors is positive. According to the national survey, nearly one in five people have avoided their neighbor by waiting to leave their house until the coast was clear, and 17% have intentionally avoided eye-contact to escape chatting with a neighbor.