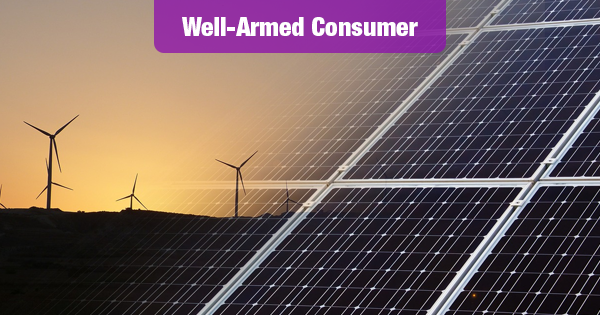 Alternative energy isn’t so alternative anymore, as prices for utility-scale wind and solar come down and big power producers gear up.

One case in point: DTE Energy has submitted its 2018 Renewable Energy Plan to the Michigan Public Service Commission (MPSC) proposing approximately 1,000 additional megawatts of carbon-free electricity from new wind and solar projects in Michigan scheduled to be completed by 2022.

Michigan isn’t alone in upgrading its alternative energy mix – far from it.

In fact, oil-rich Texas happens to be the biggest generator of wind power by far, with over 20,000 megawatts of installed wind power capacity.

Texas has more under construction than any other state currently has installed.

According to sources, 2016 was America’s biggest-ever year for wind power installation.

Solar is also doing well. As of the end of 2017, the United States had over 50 gigawatts of installed photovoltaic capacity. In the twelve months through November 2017, utility scale and distributed solar power generated 52.1 terawatt-hours (TWh), 1.29% of total U.S. electricity.

This may not seem like much in the grand scheme of things, but PV solar is really just getting started, despite the U.S. being an early developer and innovator of PV solar.

In fact, a report A report by research and publishing firm Clean Edge and the nonprofit Co-Op America found that solar power’s contribution could grow to 10% of the nation’s power needs by 2025.

The reason for this dramatic growth is the falling cost of solar power: In 2008, the levelized cost of electricity for solar PV was $0.25/kWh or less in most of the OECD countries. By late 2011, the fully loaded cost was predicted to fall below $0.15/kWh for most of the OECD and to reach $0.10/kWh in sunnier regions.

These numbers make solar more competitive with conventional electrical generation, even though solar energy output – like wind energy – is variable. The experts say that the best mix of energy sources has yet to be achieved. But you can bet that wind and solar will continue to grow as a percentage of that mix.