A Tablet Game Just for Cats 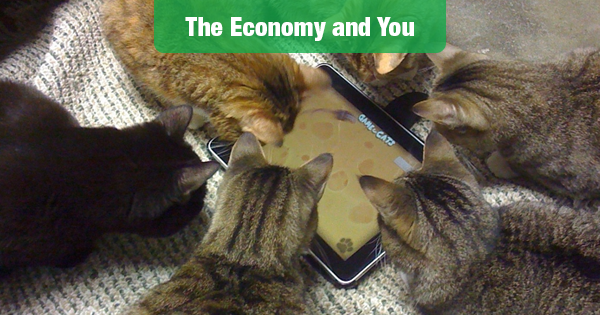 Keeping cats entertained is a vital part of the Human Companion experience, and it’s not always easy. Cats can be unpredictable in choosing when they want to play, and they don’t take “not now” for an answer. Fortunately, there are video game options available.

Pet video-game studio Little Hiccup has just released “Game for Cats” – which was designed to give Human Companions an option for keeping cats entertained.

The game can be set up and played on an Android tablet, without much human supervision needed. The game displays a moving virtual laser pointer and mouse, which cats chase around the screen. Fun, huh?

“Game for Cats” Android joins Hiccup’s other feline-flavored apps including Paint for Cats, where cats create a digital painting, and Catzilla, a game where cats destroy a city while fighting monsters.