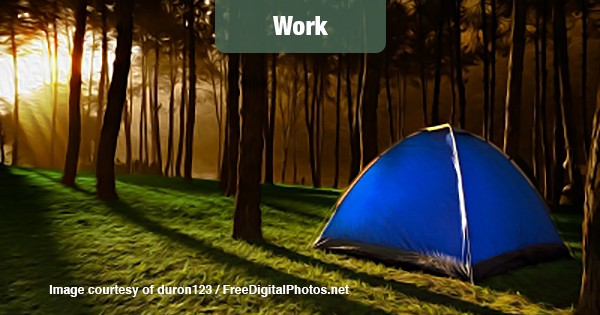 A national recruitment effort was held recently in Canada to pick two couples for the ultimate dream job – a really, really long walk.

In March, Woods Canada – a company that makes sleeping bags, outerwear, tents and packs – set out to find the ideal candidates to serve as ambassadors for the ‘Ultimate Canadian Dream Job.’

According to the company, the lucky couples will embark on five month, 14 stop journey across the Trans Canada Trail (TCT).

The TCT is the world’s longest networks of multi-use recreational trails. Stretching from British Columbia through to Prince Edward Island, the TCT is nearly 17,000 kilometres long and links to almost 1,000 communities.

So, yes, we’re talking about a very long walk. But what a job that would be.

In fact, Woods Canada said it received more than 3,800 online submissions from eager couples who wanted this job. The company originally planned to pick one couple for the job, but upped this to two based on the high quality of the candidates.

After sorting through all the applications, Woods Canada chose Cedric Schell and Magee Walker from Whistler, British Columbia, and Melba Seto and Adam Kochanek from Calgary, Alberta.

These lucky couples will now get paid for spending their summer in the great outdoors, “…testing products as they hike, climb, paddle and portage their way across the country,” according to Woods Canada. They will also capture and share their journey through social media channels.

All in all, this doesn’t sound like such a bad way to spend the summer, does it?