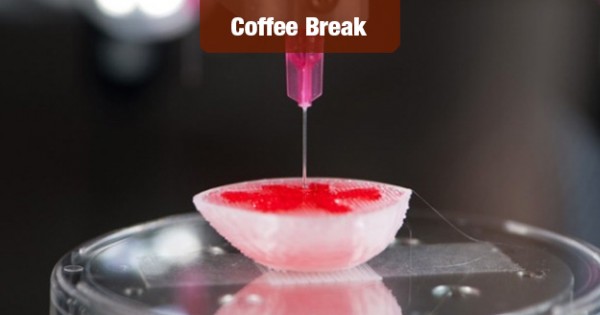 Doctors are a big step closer to being able to create human organs using 3D printing technology, thanks to a medical breakthrough announced this year. If this technology can be made to work it would reduce the need for human donors, and would bring new hope to the many people around the world who are in need of transplant organs each year.

It’s no secret that there are more people in need of transplant organs than there are donors. This is a chronic problem, even in rich countries. Patients who are in desperate need of transplants often wait months – even years – to get them. Far too often, the donor organs do not arrive in time.

Scientists have for years imagined the potential of 3D printing in the medical field. The technology allows for the creation of solid objects using a printing process. It is currently being used in commercial applications to allow rapid prototyping of parts and assemblies. People have created wearable shoes using 3D printers – and 3D-printed guns that actually fire.

The technology has also been used to create medical devices such as customized implants and prosthetics. While scientists have printed tissue for research purposes, attempts to use this technology to create viable organs have come up against the daunting hurdle: so far, the printing process has been unable to create tissue that can live on its own.

This hurdle has finally been cleared – at least in one landmark project carried out by researchers in the U.S. and Australia, (whose findings were published in the journal of the Royal Society of Chemistry earlier this year).

According to reports in the U.K.-based Guardian this past summer, the big breakthrough came when the researchers — from the University of Sydney and Harvard – were able to print 3D bio-print capillaries using 3D printing. Capillaries are the smallest of the human body’s blood vessels, and they are vitally needed for cells to be able to survive.

So, medical 3D printing has now made the big leap from producing simple tissues, to larger, more complex ones that can survive on their own. The hope is that this advance will pave the way toward being able to print viable human organs.

While there are still many more hurdles to overcome, clearing this big one moves that day nearer. When it comes, the benefit to human beings will be nothing short of astonishing. It would mean that viable human organs could be produced when, and where, they are needed – thus eliminating the horrible waiting process for patients around the world.

Other benefits would include lower rejection rates and greater survivability for transplant patients. This is because doctors could “print up” the perfect organ, with just the right tissue type for each patient. There would be a great reduction in the need for patients to take immunosuppressive drugs following surgery, since their bodies would be much less likely to reject these custom-make organs.

This breakthrough is attracting more scientists into the fold. Just last week, Yale University announced that researchers at Yale School of Medicine’s Department of Surgery and Yale School of Engineering & Applied Science had joined forces with a three-dimensional biology company to develop 3D printed tissues for transplant research.

In a statement, Dr. John Geibel, vice chair and director of surgical research at Yale School of Medicine, said “This field may provide a unique and new opportunity where we can print 3D organs that can supplement or replace the shortage of organs out there worldwide.”

If this potential is realized it would change the lives of millions of people around the world.